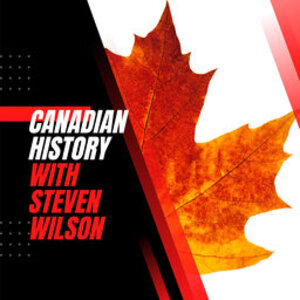 For many people, the history of Canada is thought of as the War of 1812, Confederation in 1867, the 1870 and 1885 Rebellions, World War 1, the Great Depression, World War II, peacekeeping, the FLQ crisis, the Constitution of 1982 and modern-day Canada. It really is a simplified take, but it is part of the reason the heritage minutes became so popular – they introduced parts of Canadian history into our collective consciousness. Even outside of those moments, there is so much about Canadian history to look at. Not just the history of the nation of Canada, but Indigenous history in what would become Canada, the colonial history of both the French and the British, events of not just national but international importance, Canadian discoveries and inventions, and so much more. This podcast aims to look at some of these stories of Canadian history. Yes, some of these may be well known, but the story of the events themselves isn’t the only story to be told. We will be looking at many distinct parts of Canadian history, telling the vibrant tales that many people don’t know. Stories of heroism, adventure, exploration, intrigue, mystery and much more.

The Changing Face of War - Episode 4

The Changing Face of War - Episode 4

The Roots Of the War - Canada in South Africa Episode 1

Acadia Lost Episode 5 - Under the Thumb

After Dark Episode 11 - The Franklin Expedition

War of 1812 - Discussion with Jamie Neugebauer - Treaty of Ghent

After Dark Episode 6 - Visitors from Another Planet?

After Dark Episode 5 - Who Killed Lordly

War of 1812 - Discussion with Jamie Neugebauer